Blogging is most certainly not dead

I recently discovered Jason Kottke via The Talkshow with John Gruber. In his most recent post about blogging:

In his blog he links to a lot of interesting blogs, I recommend you to check these out.

Merry christmas everyone and a happy new year! 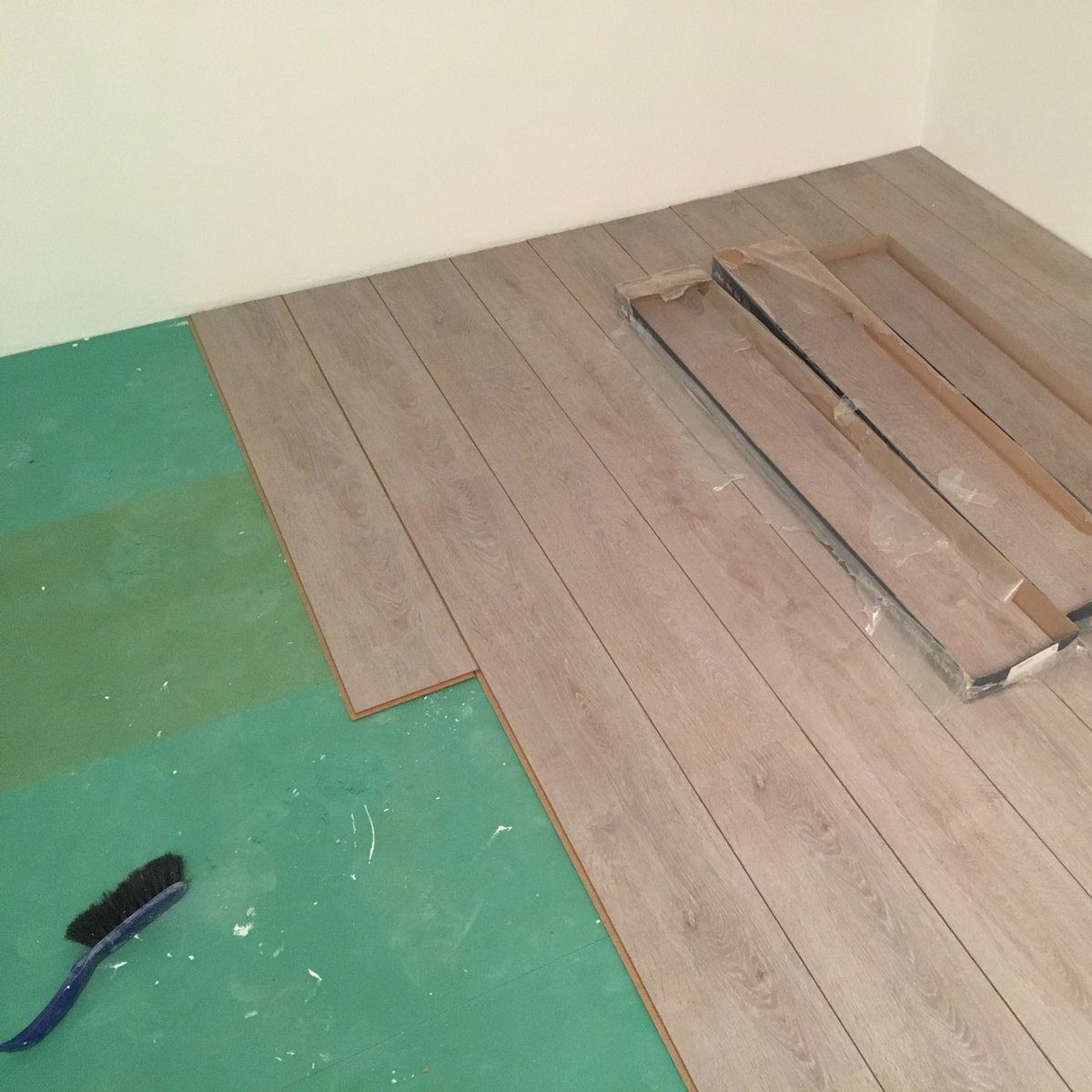 Flooring and podcasts, a nice combination. Listening to Core Intuition from @manton and @danielpunkass

Moved my website to Linode hosting. Now MarsEdit and Ulysses work with it.

Published by Vincent in microblog, Uncategorized 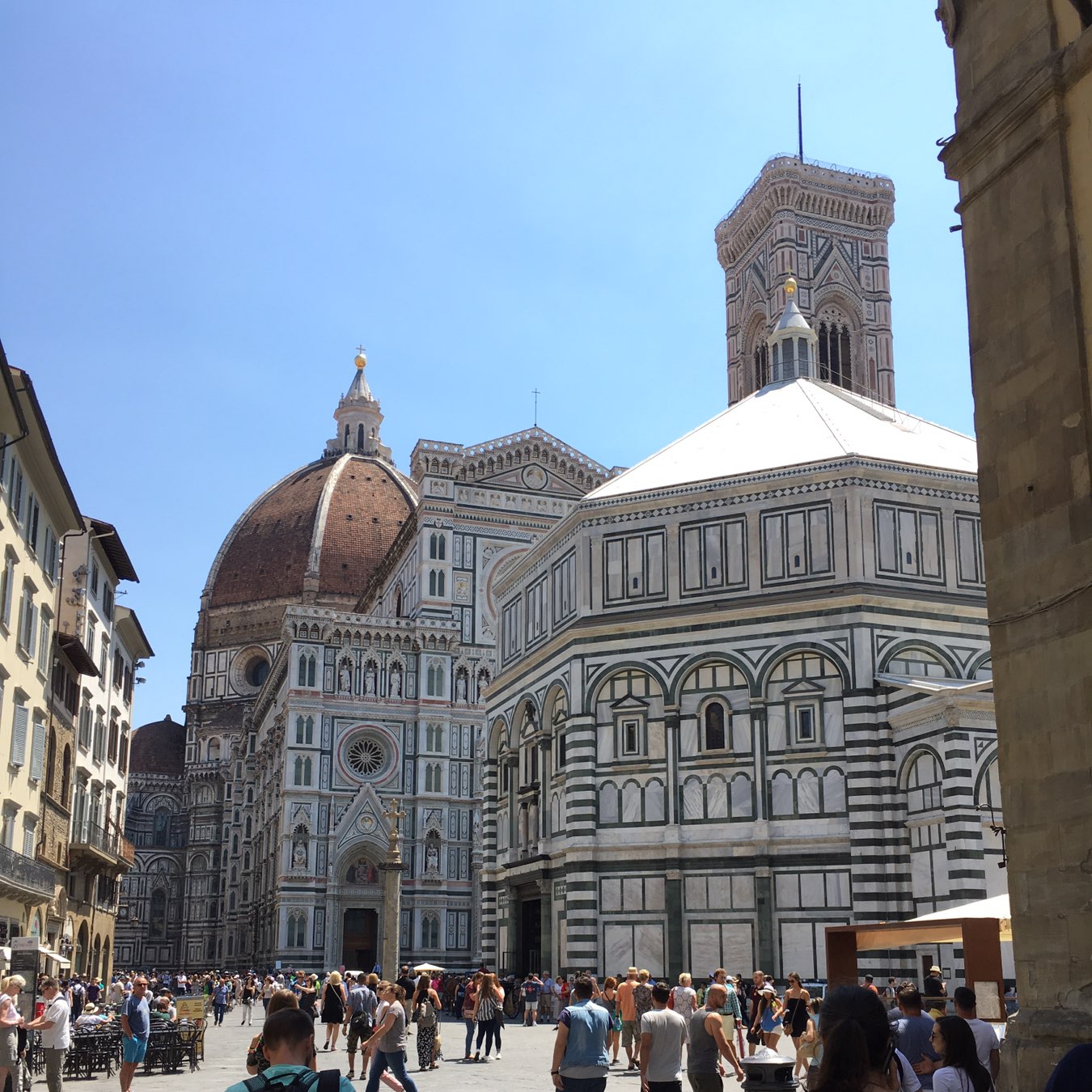 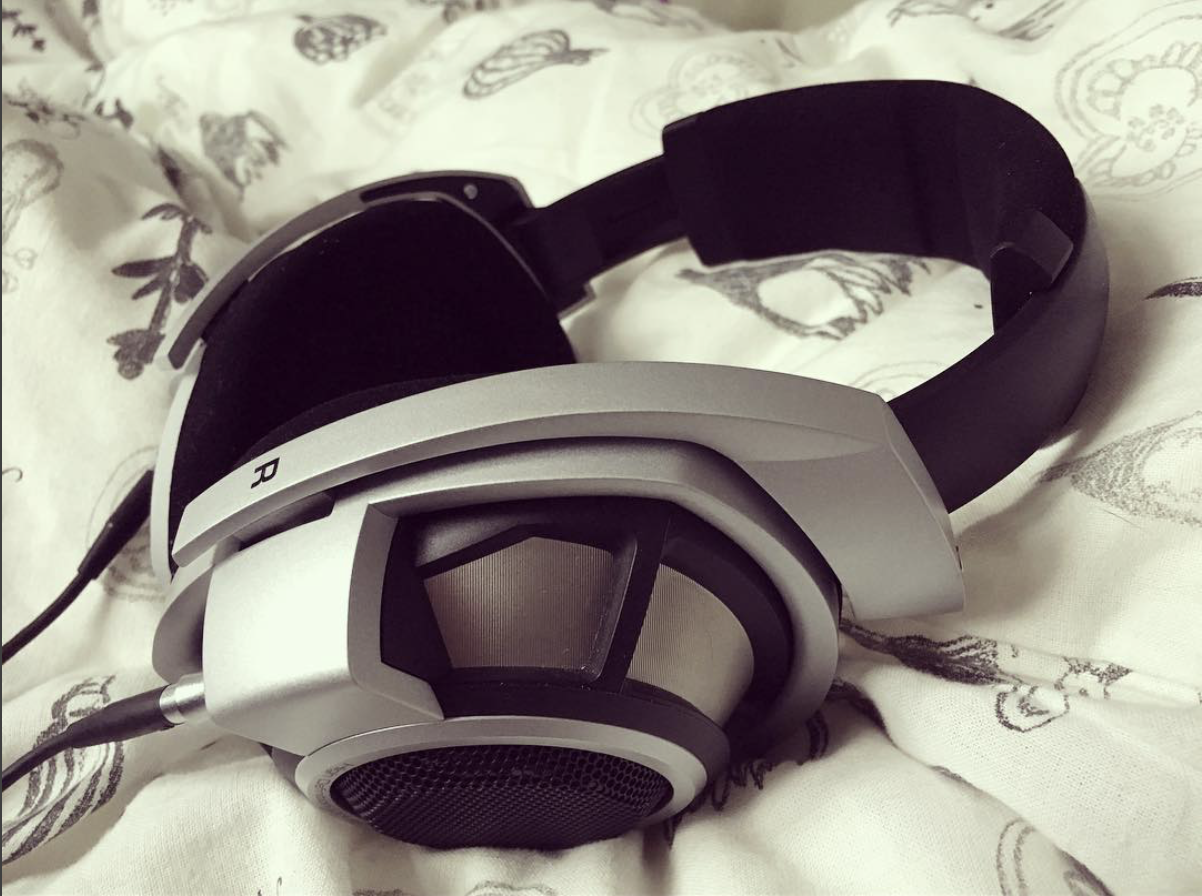 One of the most well regarded headphones of recent years has been the Sennheiser HD800. Within audio communities there exist wild discussions on how and why headphone A is better compared to headphone B and C. In short the main consensus is if one is looking for bassy/warm sound you are best off with one of the Audeze LCD series, depending on your budget. On the other hand, if you like more analytical, neutral sound the HD800 or the HD800s from Sennheiser is tough to beat. I tend to prefer more neutral headphones, since I rather enjoy my Sennheiser HD600. Therefore it was natural for me to look into the HD800.

My research let me know that buying a pair of high end headphones such as the HD800 is not simple. Preferably you need to make sure you are able to demo the headphones somewhere with the right kind of DAC and amplification fitting for the efficiency of the headphone. It became rather clear based on my research you need to find a well fitting amplifier since the HD800 is very picky. Bottom line: The HD800 itself is on the bright side with a 6kHz peak according to measurements from innerfidelity.com, thus it is unwise to use a brighter amp. Tube amps are known to provide a more laid back sound and combine nicely with the HD800, which is nice since I have been using the Schiit Vali2 tube hybrid for a while now.

After seeing a rather compelling offer of €800 for a used pair via a Dutch webshop I bit the bullet and ordered a pair.

How does the HD800 present details?

Compared to the HD600, They both are extremely resolving and pick up micro detail very well. In my opinion the HD800 separated those sounds better and resulted into a more defined sound. All details heard on the HD800 you will hear on the HD600 as well but they will stand out on certain areas.

The HD800 does texture the bass better and also holds up in the extremes very well for a fully open dynamic headphone. Simply put, very good quality even though a bit lacking in quantity in the low end.

How are the middle frequencies?

If I had to describe the HD800 mids, I would say they are clean, as if there's nothing around the vocals and they appear to come out of nowhere. The HD800 has a slight upper mid dip but instead of sounding recessed as in my Fidelio X2 it creates a spacious sound instead.

How are the higher frequencies?

There it is, the controversial topic: the highs in the HD800. Many audiophiles describe the 6kHz peak as uncomfortable and fatiguing. As a result the headphone can be considered amp picky, since tube amps tend to smooth out these kind of treble peaks better compared to solid state amps. Not all of them of course, there are always exceptions to the rule. Now back to the sound:
The HD800 present the highs in a clean and extend further compared to the HD600. The treble has a airy and detailed presence. I noticed the 6k Hz peak, but it did not bother me during my listening sessions.

How is the soundstage and imaging?

The soundstage of the HD800 is so massive, I still have difficulty getting used to it. The HD600 has a much more narrow and intimate sound in comparison. Imaging on the HD800 is open and clear.

While I still consider the HD600 to be the headphone king, considering its' price per performance. However after having bought the HD800 in October 2016, I understand why someone would consider a HD800 as an upgrade over the HD600. This I mainly because of the soundstage, imaging and detail retrieval, with the HD800 you feel as being in the middle of the orchestra, while the HD600 would offer a more intimate and narrow presentation, as if you are on the first row.

I have researched on the topic of "HD600 vs HD800 and is it worth it?" and I discovered the opinions vary wildly. The one day I would be advised it is not worth it, since diminishing returns and all, the other day you would hear it is totally worth it.

My opinion: I do believe the HD800 is worth it, since it better fits my personal preferences. I like how it effortlessly presents details in the music I would otherwise have to focus on with effort with the HD600. It is not like the details are not there with the HD600, although you need more focus and effort to retrieve them.

In september of 2015, Sennheiser released the new and improved HD800S, which offered a 'fix' for the 6KHz peak the HD800 model has. Although at first I was not bothered by this treble peak, once you know it is there you start noticing it in songs that suffer from it. The HD800 treble peak can be described as sharp and edgy.

After multiple suggestions to look into the Superdupont Resonator mod for the HD800, I went on a research spree. My conclusions: for €20 you can make the HD800 appoach the sound signature of its' predecessor, the HD800S. And, the mod is completely reversible, so if I would not like it for whatever reason, I can undo it.

Since I have modded headphones in the past, I decided to go for it. Within two weeks after ordering the package with the SDR mod arrived, and the same evening after work I went for it.

What steps are necessary?

After removing the earpads and the inner sleeving of the cups of the HD800 it looks like this:

When the mod is inserted it looks like this:

The HD800 sounds more approachable and less sharp in the treble. Still I have not given the headphone enough listening time to truly appreciate the mod just yet, I have listened to the mod for maybe 2 hours tops. When I have given the mod more listening time I will come back to this post and add in more information. Still, if you can somehow reduce the 6kHz peak sharpness, you at least look into it in my opinion. 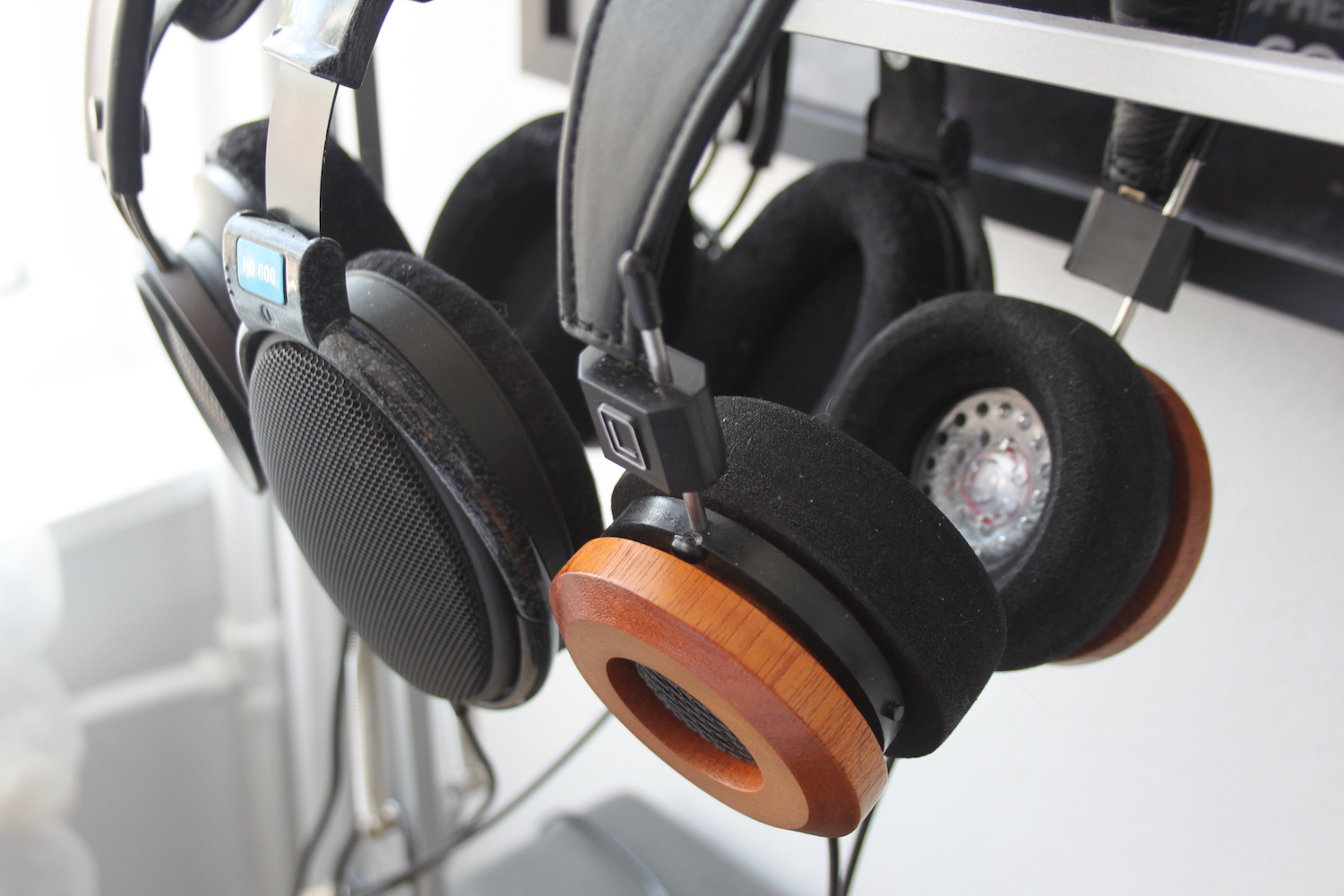 In September 2015 I started my headphone Hi-Fi journey. It started out with the acquisition of the Grado SR60e, my first Hi-Fi headphone.

I'll describe my impressions in sequence of acquisition of the headphone.

The 60e where my entrance to good headphones. For one, they are really affordable, they have lush mids and loads of energetic treble that makes this headphone extremely well suited for the music styles I prefer: rock, alternative. The treble can be a bit overbearing at times though. After a while I did notice the drawbacks of these cans; they are lacking in the bass department, therefore not a good fit for electronic music styles, such as Daft Punk. Comfort wise they weren't the greatest either. I have tried the S-cush, L-cush and G-cush pads(bowl pads). On the SR60e I like the L-cush the most, since I find the bass to be be muddy and overbearing with the bowl pads. The comfort is great with bowl pads though. The cable is not removable and that sucked as well. This eventually led to me looking into other headphones with a different sound signature. I wanted at least one neutral can and one that excels in the bass department.

After a decent amount of research I found a decent deal on a used pair of X2's since there was a whole 'glued pads' debacle at the moment I was looking into them.

I bought the Fidelio X2 to supplement the Grado and to shine in the electronic music department. The overall sound signature on the Fidelio X2’S is full and well balanced with a small hump in the bass region. Although the X2’s are a full sounding headphone it still offers great clarity and details and there’s no sign of muddiness in the presentation.

The bass is probably the first thing I noticed when listening to the X2’s. It’s the first thing that sprung to mind and impactful for an open headphone. The bass excels in the lower notes and rarely does it get boomy and leaks into the midrange. The bass has very good layering and feels well controlled and integrated with the rest of the sound. I really enjoy this headphone for movies, gaming and music that needs well developed bass.

After a while I was intrigued by the existence of DAC's and amps, which led to the following acquisition:

This headphone is being called the king of neutrality and one of the best price/quality combinations in the current headphone offering. This is a classic for a good reason, the HD600 creates a very convincing natural sound. For good reason it is my reference headphone, and at the same time a perfect allrounder for multiple hour long listening sessions. Comfortable, just the right clamp force and a decent cable, although a bit on the long side. I bought a better looking replacement which fits better for my desktop home listening sessions on ebay in the meantime. The lows are definitely less compared to the X2, but so well defined and in good quality I don't feel like I am missing out much.

The Vali2 is more than sufficient to drive the HD600, and I like how you can use tubes to finetune the sound. The differences are not mind blowing but subtle, so don't expect too much. The HD600 needs sufficient amping, especially for the low end. The impedance can reach almost 500 ohms in the lower frequencies, according to the measurements by Innerfidelity. There is discussion on how much this influences sound it endless. According to audiobot, peak SPL is 127 dB with a damping factor of 52.9 and 255.8.

For my impressions on this setup you can read the extensive story here. But I'll give my more recent impression here as well (I bought the drivers and cups in April/May '16): The Symphones drivers are described as slightly u-shaped. They are fairly neutral with a slight emphasis on the high and low end. They make the Woody as good as a an allrounder to me as the HD600, with the benefit of being fairly sensitive/efficient and thus not needing an amp to sound good.

Note: Sadly you will not able to purchase these drivers anymore since Rhydon from symphones.com has released the Magnum V7 drivers. Since I have no personal experience with these drivers I cannot express anything about them.

You can read my detailed impressions here

In short, the HD800 is one, if not the best headphone I have ever heard. The presentation is wide and spacious, compared to the intimate presentation of the HD600. The HD800 presents details in the music in a effortless listening experience, while with the HD600 you need to focus to pick up the finer details.

If it is worth the purchase, that's up to you. I believe it was, but I might have reached a point in life I need to say goodbye to one of the above mentioned.

Which headphone do I prefer most?