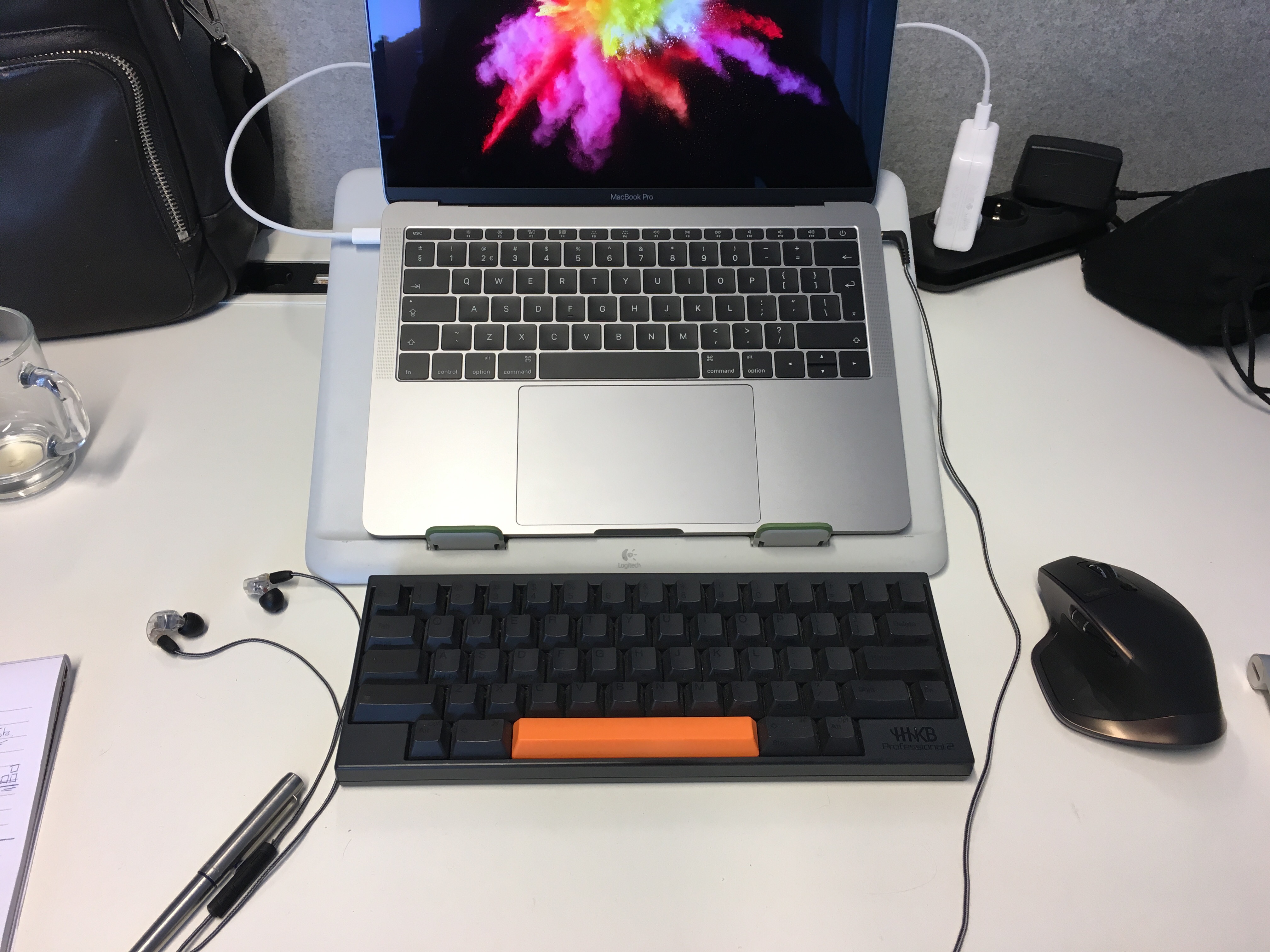 I work at an office with a flex setup, which means there's a lot of considerations you need to keep in mind for your work setup. Firstly you need to find the right laptop, then there is the peripherals and last but not least: headphones for music and calling.

As a OSX user for a decade, I wanted a laptop that would run on Apples' OS. My employer listens to my input regarding laptop options, but price wise there were some limitations. I had been working on a personal MacBook Pro Retina from late 2012 up until now, which was suboptimal since I'd like to keep work and private life separated.

Although, I am not going to lie, the Macbook Pro lineup was quite dissapointing. I even considered making the switch back to Windows, considering the work I do at a Microsoft Partner.

In the end it came down to the following choices:

The above mentioned models both have the same price. The difference is on two fronts: the 2015 model has a slightly better CPU, 2.7 GHz i5 vs 2.0 GHz i5, but the 2016 model has a more recent Skylake CPU which is more energy efficient and has a better performing iGPU relatively. In the end I chose the 2016 model.

I write a lot for work, mainly blogs for on the company website. During college I had an episode where I had sympthoms of repetitive strain injury, which led me to research for ways to prevent it. As a result I discovered /r/mechanicalkeyboards and the rest is history: The HHKB Pro 2 is one of the most popular keyboards for on the go in that subreddit.

Published by Vincent in headphones, Setup